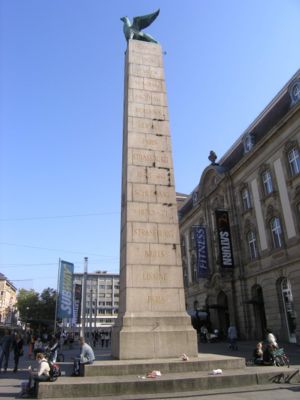 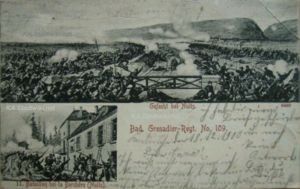 In Karlsruhe the Nuitsstraße was named in commemoration of the Battle of Nuits.

Gustave Louis Maurice Strauss wrotes about the Battle of Nuits:

“On the 18th of December, General Glümer[3] attacked the French, who outnumbered his small force in the proportion of two to one at least. Cremer defended his position most valiantly, and with no mean skill. The battle lasted six hours, and it was only at night that Nuits was finally carried by the Germans, who made some 600 prisoners.” […]
“The Germans also had suffered heavy losses amounting to close upon 1,100 killed and wounded, including many high officers. Prince William of Baden[4] also was severely wounded in this battle of Nuits.” [5]

“The following day the newspapers came out with reports of the battle of Nuits, but, like most French accounts of battles, it was difficult to understand.”[6]