From 1951 to 1995, Paul Revere Village was both a residential area and a center of activity for American Forces in Karlsruhe. For its historical and architectural interest, it was designated a conservation area, whose official borders are Kanalweg in the North, Kentuckyallee (the former “Kentucky Avenue”) and Adenauerring in the East, Michiganstraße (the former “Michigan Street”), in the South and Erzbergerstraße in the West. The conservation area covers most of the non-military buildings of the original, American, Paul Revere Village.

The village was planned and built for the soldiers of the American Occupation Forces and their families by the then young team of Karlsruhe architects, Backhaus & Brosinsky. The first apartments were occupied in 1951, but it was named only later, in July 1954, after the Boston silversmith and "Midnight Rider" Paul Revere, a hero of the American War of Independence.

Altogether, the housing estate contained 1230 dwelling units. It mainly consisted of rows of apartment blocks on both sides of Tennessee Avenue and of Rhode Island Avenue and its side streets. Generous spacing of the blocks provided ample greenery between housing units. Located near the center were communal facilities such a complex of schools and a chapel. Near the eastern edge, Louisiana Drive, Indiana Lane and the eastern side of Kentucky Avenue had semi-detached houses designed for occupation by officers’ families. Apparently, these were built by a different team of architects: with their relatively flat hipped roofs, they are vaguely reminiscent of the American “Prairie” style, in stark contrast to the more Germanic apartment blocks in today's conservation area. 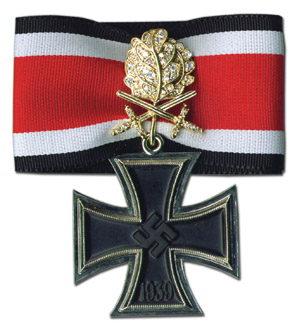 After the American troops had left, the village was gradually adapted for civilian use. Many of the former American street names were left in place, with only their descriptive parts translated: “Avenue” into “Allee,” “Street” into “Straße,” etc. Presumably done out of respect for almost 50 years of cordial relations between US Forces and the City of Karlsruhe, it nevertheless lead to word monsters such as “Tennesseeallee,” where a name of Native American origin is combined with a word of French origin to form a German street name. See the article on American Street Names for more details of that transition.

The buildings of the Karlsruhe American High School (KAHS) were initially used by the senior classes of the German high school in nearby Neureut, while their own buildings were renovated. Subsequently, the Heisenberg-Gymnasium, a secondary-level Private School (brit. “Public School”), moved into the building from its former premises in the city center. The former American Elementary School is still an elementary school, now called Marylandschule. The chapel in the Erzbergerstraße became the “Gemeindezentrum Maria Magdalena”, a non-congregational community center.

The apartment blocks were renovated, lengthened, and an additional story was added. Some of the blocks in the Tennesseeallee are used as shared student accommodation (“Studentenwohnheim”).

Since 1996, the Village (now officially called “Paul-Revere-Village”) and the nearby German sections of the Hardtwaldsiedlung form the city district of Nordstadt (“City North”).

August 1998 saw the founding of the Paul Revere Village e.V., an association to represent the interests of local property owners.