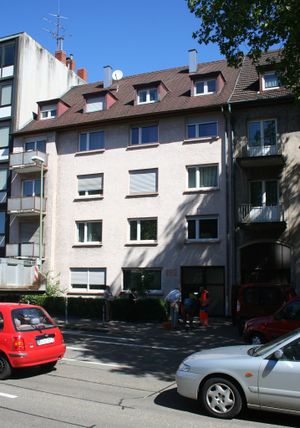 As part of the project Stolpersteine (“stumbling stones”), memorial stones were laid on 9 November 2006 and 29 May 2009 for seven victims who had lived at the house Kriegsstraße 192.

These are for the couple Dr. Arnold Seeligmann and Rosalie Seeligmann, who lived here until their deportation to Gurs in 1940, where both died within a year.

The installation took place on the 9th of November 2006; a grandson of the couple was present for the ceremony. 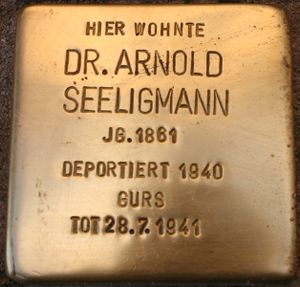 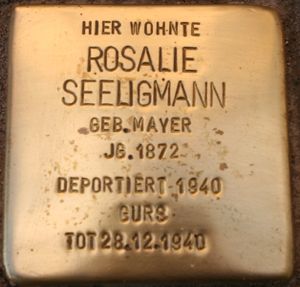 After 1938, Prof. Dr. Ferdinand Rieser and Adele Rieser also resided in this house. They were deported to Gurs in 1940, and both both died at a hospital in Auch[1] in southern France.

Three memorial stones were dedicated to them and their son Eugen on the 29th of May 2009. Their daughter Eva could escape in 1938. The installation took place in the presence of a daughter and a granddaughter of Eva. Before the laying of the stones, the two descendants of the victims had attended a reception at City Hall. 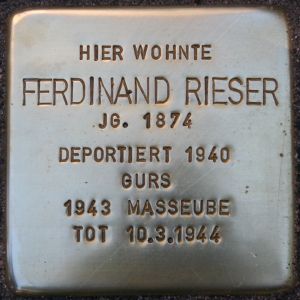 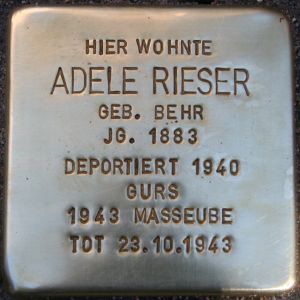 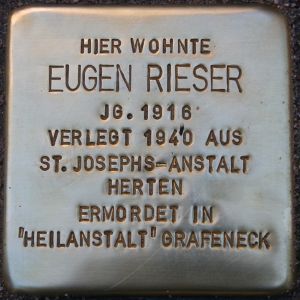 From about 1940, Alfred Wilhelm Behr (the brother of Adele Rieser) and his wife, Lilli Behr, were also resident at the house of Dr. Seeligmann, which by then was a “Judenhaus” (“Jews’ House”[5]). Memorial stones were dedicated to their memory on the 29th of May 2009. 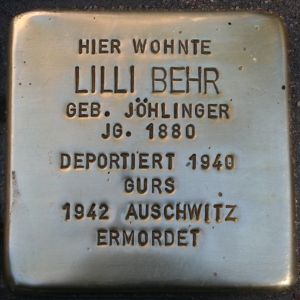 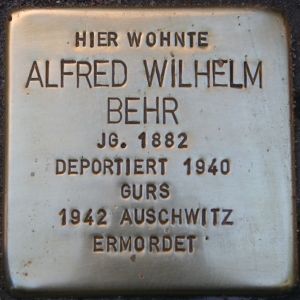 The house is located to the east of the intersection of Kriegsstraße and Reinhold-Frank-Straße. This place in the City map: