U.S. Military Installations in and around Karlsruhe between 1945 and 1995.

There were also the Combat Equipment BN (CEBE), and the 3rd Combat equipment company (3rd CEC) at Gerszewski Barracks and Neureut. 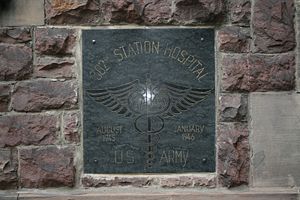 There are two Army Hospitals near by: